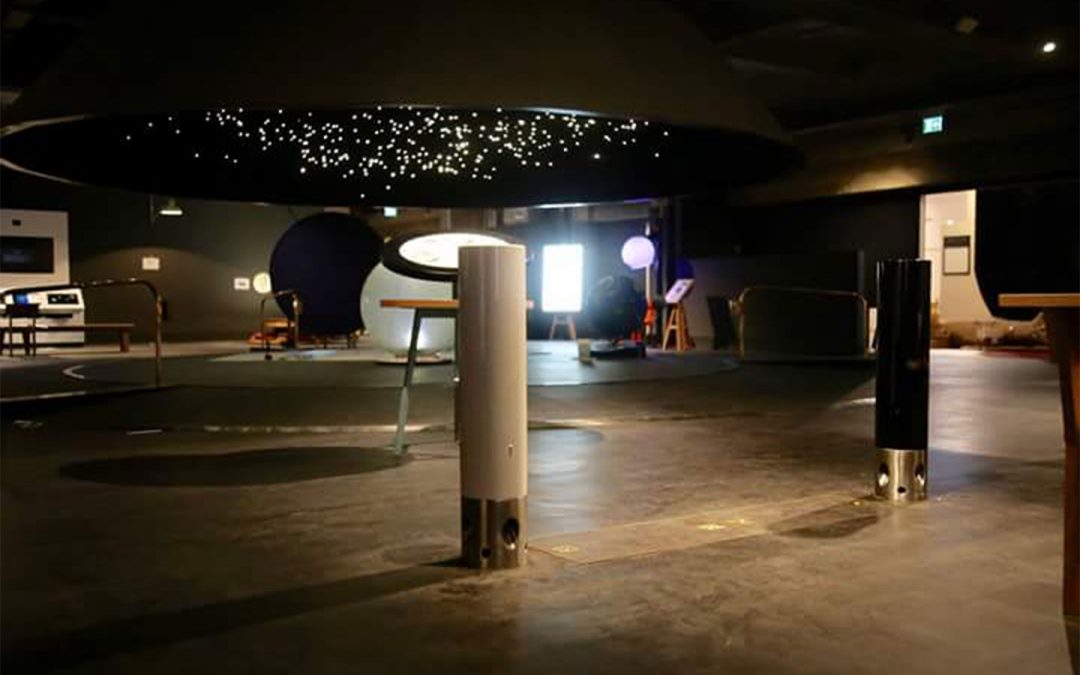 York entrepreneur Dave Young has been working with ISF to create a fascinating new way for anybody to make music.

He has developed Theremin Bollards – sculptures that respond to movement by playing music. Museums in the UK and further afield have been so impressed with his creation that they are now on long-term display in the National History Museum and the National Science Museum in London, and at the Strong National Museum of Play in New York. Dave said:

“Theremin Bollards are an inclusive, interactive and fun device that anyone can play without having any practical music skills. This means that all ages and abilities can have fun and make their own music simply through movement.”

Dave originally had the idea to create the sculptures after watching his daughter learn to play the drums. Although she has a physical disability, she mastered holding the drum sticks in order to play. Dave realised that it was his daughter’s love of music that helped to drive her determination and the seeds of the idea to create the sculptures was born. He approached ISF who worked with him on the prototype and the idea took off.

The NHS has seen the benefit of using the sculptures as an assistive tool for therapists and Dave is currently in talks with various departments including a spinal injuries clinic.

Dave is delighted that the Theremin Bollards could be used to help NHS patients in the future. He said:

“My daughter beat the odds to become a competent drummer and this was because of her love of music and all she gets from engaging with it. The sculptures give everybody the chance to enjoy a multi sensory experience and I am convinced that they could be used to help a wide range of patients. I am excited about what the future has in store.”